Most users easily succumb to the temptation of connecting to a free Wi-Fi. Neither do they think twice before plugging in an unknown pen-drive, or worst – downloading files from unverified sources over the internet. It is funny how kids are advised not to take candy from strangers but most adults think it is perfectly all right to download stuff from dark corners of the internet, simply because it is free.

So, where does this profound sense of security come from? The answer is obvious – they know they can lean back on the SysAdmins! The IT wizards who keep a watchful set of eyes over everything that flies in and out of the IT environment and are always ready to put out tech fires. While they mostly fly under the radar and are almost invisible to human eyes, when the wheels come off – they are the first to swing into action and save the day. The foot soldiers who keep the IT Wagon moving 24X7, without a hitch.

A day in the life of SysAdmins

How does a day in the life of SysAdmins look like? For beginners, it’s full of ambiguity and surprises. Talk about long work hours, angry calls and emails, server failures, finicky hardware, dropping connections, obtuse software, downtime and crashing programs – it is another day in paradise for them. A workplace with hyperventilating co-workers who want things fixed and they want it fixed right now!

Have you ever wondered why most of us never hear about any IT meltdowns in our organizations? It’s because they are remedied over middle-of-the-night calls – way before it could reach our ears. And yet they barely get the recognition they deserve and are mostly reached out to or recognized when a problem surfaces. It’s a thankless job and most of the time the hard work goes unacknowledged. When was the last time you met and thanked these IT heroes?

A day for the SysAdmins

Friday, July 26, 2019, marks the 20th annual System Administrator Appreciation Day. Yes! It has been twenty years since Ted Kekatos first came up with the concept of the SysAdmin day, as a token of appreciation to his fellow IT brethren. On this special international day, Kaseya would like to give System Administrators the chance to win some amazing prizes that shows how much you are appreciated.

We wanted to present something special for you. We wanted to celebrate this Sysmas in style, and what defines style better than the 80s. The mullets! The music! The fashion! Pac Man! The list goes on and on. An era before the inception of the internet and everything that came with it. What is there to not fall in love with? Would you want to look back at some of the things that made the decade so amazing?

If you answered yes, join us this SysAdmin day in our “Stranger Things in IT” contest. To celebrate YOU, we will be conducting giveaways that you will love! The first 1000 get a sticker pack and a t-shirt and you will also be offered entry into a lucky draw where five lucky winners will take home an 80s time capsules which holds a curated collection of fun items valued over $500, that’s bound to give you a rush of 80s nostalgia. It doesn’t get better than this. Sign up for the contest here. 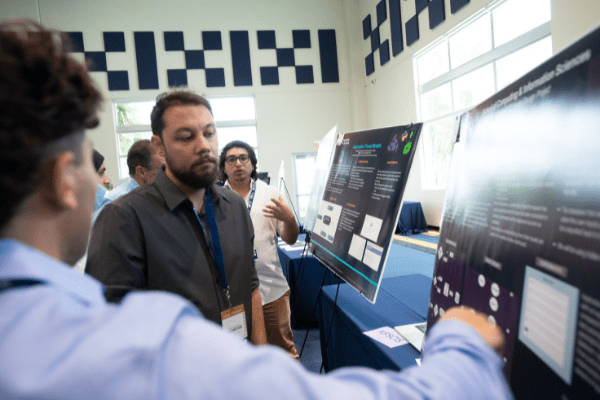 Kaseya is one of the hottest tech companies to work for right now. Headquartered in the exciting city of Miami,Read More

In this special preview edition of the Connecting IT Podcast, host Dan Tomaszewski, SVP of Channel and Community at Kaseya,Read More Cybersecurity challenges have been on the rise for the past few years. With the evolution of technology came the evolutionRead More