When PDS started transitioning from break-fix to MSP in 2011, Comeaux knew the company needed a flexible, scalable solution for managing its growing endpoints. Although Comeaux had no doubt that Kaseya VSA offered his business the most growth potential, little did he know back then that the products he would add to his Kaseya suite would play a critical role in taking his MSP to new heights in the coming years.

PDS Networking evolved from a small software development company called Parameter Driver Software (PDS) back in 1981, into a software servicing company in the early ‘90s, and eventually into a full-fledged MSP. The organization’s president, Kelly Comeaux, took over the reins from his father in 1998 after having grown up in the business. His passion for analytics was a perfect fit for supporting and then leading PDS Networking through the ages.

We are grateful to have been able to lean on our IT peers and Kaseya for support in allowing us to excel in the face of adversity. Kelly ComeauxPresident, PDS Networking

All In The Family

It didn’t come without a few hiccups though. As with all massive market changes, the burgeoning IT market caused some businesses in the space to make uncalculated moves in hopes of catching a new wave, many of which didn’t pay off. Kaseya unfortunately tried to ride one of these waves back in 2013 and it took the company in the wrong direction.

“I’m not one to make rash decisions,” said Comeaux. “I’m glad we stuck it out with Kaseya because what we have today with VSA, IT Glue and RapidFire Tools is more powerful than I could have foreseen.” Things started to substantially take off for PDS Networking when Kaseya appointed current CEO, Fred Voccola, in 2015, and transformed the hiccups into an essential suite-based IT platform with over 30 leading products. Since then, PDS has grown from 10 to over 250 customers across Michigan today.

Having the rare experience of heading up an IT business that has been around for more than 40 years, Comeaux has seen more than his fair share of security threats. He is the first to tell anyone that it is unfortunately not a matter of if, but rather when a company will experience an attack. Like any long-standing, successful business owner, Comeaux, always the optimist, looks towards the final resolution of a bad situation and the July 2, 2021 ransomware attack on Kaseya’s VSA product is a prime example of this.

As one of only .01% of Kaseya customers who were directly impacted by the attack, the first few days following the attack were long and stressful for his team members since they had to keep all of their customers operational with no RMM service. Although their backup product at the time, Barracuda, ensured that no information was lost (and subsequently no ransom paid), the SLA for restoration was over 48 hours long, which was absolutely debilitating for PDS Networking. Thankfully, Comeaux’s tenure and reputation in the industry paid off.

When faced with this crisis, his competitors came to his aid by supporting his restoration efforts with 22 technicians on standby. It was a strenuous few days over what was supposed to be a long, celebratory Fourth of July weekend, but in the end, PDS Networking didn’t just get its customers back up and running; its staff significantly improved service delivery by enhancing the IT systems alongside restoration. “All of our customers are back to 110% of where they were prior to the security incident,” said Comeaux, adding, “We are grateful to have been able to lean on our IT peers and Kaseya for support in allowing us to excel in the face of adversity.”

Having gone through this attack brought the IT Community closer together in Southeast Michigan. Being able to leverage a village to both build and defend IT services is one of the most powerful things the community has running for them, and it would not have been possible without being forced into this unforeseen challenge. When asked how PDS is functioning today, Comeaux said, “Our IT operations are more streamlined and you can bet that we will be switching to Unitrends for full-service backup as soon as possible to ensure that if and when another incident occurs, we have peace of mind knowing that our customers’ data will be both preserved and restored immediately rather than in 48 hours, which is an eternity for businesses.” Comeaux’s innate need to bring organization to chaos proved to not only be an excellent trait, but a transformative catalyst in guiding PDS Networking through this challenge to much higher ground. And the best is yet to come. 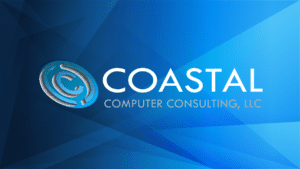 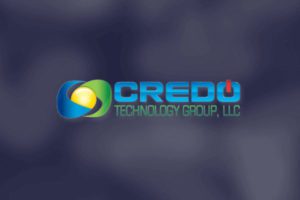