For organizations looking to standardize software deployments across platforms, cut back on overhead costs and enhance scalability, (server) virtualization and containerization are the top two approaches in use today.Both virtualization and containerization technologies employ the use of self-contained virtual packages and can help IT administrators become more agile and responsive to evolving business demands.However, the two concepts can be a tad confusing. Read on to get a better understanding of how these technologies operate and which is the most suitable for different use cases.

Containers may be described as packages that include everything needed to run a single application or micro service. This includes its dependencies and run-time libraries. Containers allow the application to be run quickly and reliably from anywhere, right from desktop computers to physical and virtual servers and even the cloud.

The container is abstracted away from the host operating system (OS). Each container shares the OS kernel with other containers rather than including its own full OS. Access to underlying OS resources is limited. As such, a containerized application can be run on different infrastructure types such as the cloud, virtual machine, bare metal and so on, without the need for refactoring the application for each IT environment.

Since containers typically share the machine’s OS kernel and don’t have the overhead of having a full OS within each container, they are often regarded as being more “lightweight” than virtual machines (VMs).

How Does Containerization Work?

Containerization may be defined as a type of OS virtualization wherein applications are run within isolated user spaces (containers) that all share the same OS kernel. It is the encapsulation of an application and the environment required to run it so it can be efficiently and consistently run across several different computing platforms.

Containerization is emerging as the preferred approach for software development and DevOps pipelines. The creation and deployment of applications are faster and more secure with containerization.

When code is developed using traditional methods in a specific computing environment and transferred to a different computing platform, it can often result in errors. However, containerization effectively eliminates this problem by encapsulating the entire application code along with its related libraries, dependencies and configuration files required for it to run.

Pros and Cons of ContainerizationLike every technology out there, containerization has its fair share of advantages and disadvantages that you must take into consideration.

What Problems Do Containers Solve?

As per a forecast by GartnerInc., the global container management revenue is estimated to witness strong growth from $465.8 million in 2020 to a sizable $944 million in 2024.Gartner also predicts that by the year 2022, north of 75% of global businesses will likely be running containerized applications in production.

The containerization technology provides tremendous portability across computing platforms and environments. It allows the developers to write the application once and then run it anywhere they like.

Being a key component of the private cloud, containers are fast emerging as a game-changer for many businesses. Private cloud has become the favored approach for organizations to deliver the flexibility and control required while also enabling efficient consumption of multiple cloud services.

What Are Virtual Machines?

A virtual machine (VM) may be described as a virtual environment where each VM is a complete virtual computer with its own guest OS, virtual memory, CPU, storage and network interface. VMs function as software-defined virtual computers running on physical servers.

Usually referred to as a guest, a VM is created within a physical computing environment called a “host.” Multiple VMs can share the resources of a single host such as memory, network bandwidth and CPU cycles and run concurrently. However, each VM will have its own OS and operate independently of other VMs that might be located on the same host.

How Does Virtualization Work?

As the foundation of cloud computing, server virtualization enables more efficient utilization of physical computer hardware. You can utilize the full capacity of a physical machine by running multiple VMs on a single server.

The global virtualization software market is estimated to see a compound annual growth rate (CAGR) of nearly 30% over the next two years.

There are four types of virtualization:

Pros and Cons of Virtualization

Let’s discuss some of the major advantages and disadvantages of virtualization.

What Problems Are Solved With Virtual Machines?

Organizations today often require many servers in different physical locations, each operating at their highest capacity, to drive efficiency and ROI. As such, it has become a standard practice to use virtualization to increase the utilization of computing resources.The key idea behind virtualization was to boost the efficiency of IT systems.

Virtualization helps boost IT scalability, flexibility and agility while reducing operational costs.In addition, availability of resources, increased performance, automated operations and workload mobility are some of the reasons why virtualization has become mainstream in the IT industry.

In this section, we’ll discuss the key distinguishing factors between the two technologies. The diagram below shows that VMs each have their own “Guest” OS and sit on top of the hypervisor layer. Each VM has its own binaries and library files. Containers, on the other hand, may share binaries and libraries and don’t contain an OS. There’s a container engine in place of the hypervisor.

When Should You Use Containers?

Containers might be the right choice if you’re looking to cater to your short-term application needs. Since containers are portable and can be set up and started up quickly, they can help elastically scale your applications to align with demand. Examples include event-driven video streaming, web service delivery, insurance claims or online order fulfillment.You should opt for containerization when your priority is to maximize the number of applications you’re running on a minimal number of servers. However, containers have the limitation of not being supported by dedicated storage resources and processing and operating systems.Containers are well-suited for packaging micro services and building cloud-native apps.

When Should You Use Virtual Machines?

VMs are the best option for businesses that need to run multiple applications that require the comprehensive functionality and support of a dedicated OS.VMs are best suited for applications that you need to use for extended time periods and run within a virtualized environment that is more versatile and secure.

When it comes to monitoring and managing your virtual servers, make sure that your endpoint management tool provides complete visibility into your virtual environment so you can quickly identify issues and resolve them.

Kaseya VSA discovers the two most popular virtualization infrastructures, VMWare and Microsoft Hyper-V, and includes hosts and VMs on its Network Topology Map. 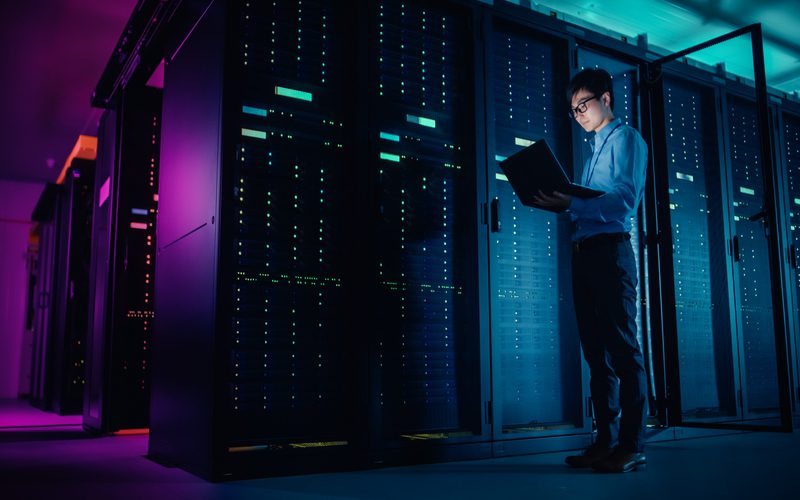